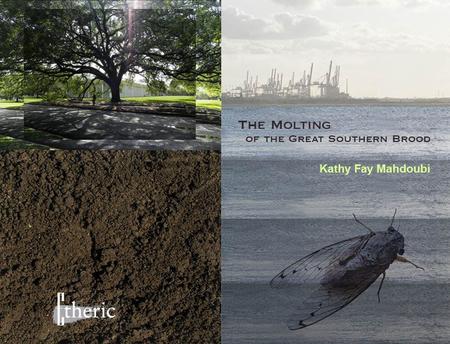 Kathryn Fay Blasco Solér's poetry has been published in the September 2019 issue of Wild Roof Journal, the 2018 and 2014 Houston Poetry Fest Anthologies, as well as Dark Matter: A Journal of Natural Metaphor.

Kathryn is working on a new collection of poetry and recently edited the manuscripts of Houston poet BGK, aka Glenn Burns, for her anthology of his early works, titled Vast + Spacious, which will be forthcoming from Etheric Publishing.

In 2011, Kathryn published a chapbook of poetry spanning 13 years of work titled The Molting of the Great Southern Brood, named after an emergent 13-year cycle of cicada.

Kathryn has been a featured poet on both KPFT and KTRU radio in Houston, TX. During her 10-year tenure in Houston, she performed throughout the city's vibrant poetry scene, including the Houston Poetry Fest at the UHD Willow Street Station, four straight years with the Word Around Town poetry tour, and in such venues as InPrint, AvantGarden, the Hardy Nance Gallery, Bohemeo's, The Artery, Rudyard's, The Secret Word, EAT Gallery, Khon's, NotsuoH, Talento Bilingüe de Houston, Boheme, and more.