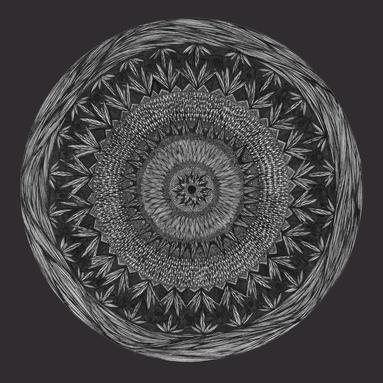 Kathryn Fay Blasco Solér, also known as Bell Toll, is a solo and collaborative harpist and vocalist. Most recently, she was involved in a collaboration of harp, piano and electronics titled "Ice over the Chisos" with Pure Land Infinity Reservoir and Cyclea in Houston, Texas.

In the summer of 2019, Kathryn participated in a Nameless Sound production featuring internationally renowned vocal artists Phil Minton (UK) and Audrey Chen (Berlin) along with the El Paso Feral Choir at The Hill of James Magee.

In 2018, she was pleased to contribute to MARIPOSA, an Invisible Lines production with Bucky Rea, held at the Midtown Arts and Theater Center Houston (MATCH).

Kathryn Fay did a solo exhibition of electroacoustic harp, voice and electronics for the Station Museum of Contemporary Art in Part III of the Station Sound Series in April, 2017.

Also at MATCH, Kathryn contributed improvised harp for a Diverseworks production of Listen Around Your Way, arranged for several improv musicians by Rebecca Novak in March, 2017.

She collaborated with multidisciplinary artist Lynn Lane for "Times Square In 60: Improvisation for 18 Musicians with Movement and Film" at Rec Room in January, 2017.

It was an honor for Kathryn to play a They, Who Sound set with jazz legend Damon Choice from Sun Ra's Arkestra at AvantGarden and to be involved in Octophonic with Eddie Hawkins and many of Houston's great improv musicians at the Wortham Theater.

Other performances include: A duet with bassist and singer Sonia Flores at AvantGarden and a collaboration with Sandy Ewen and Lady Band, the Eyemusic Ensemble produced by Aaron Bielish at Blaffer Arts Gallery, The Persistence of Memory composed by Paul Connolly for Houston Fringe Festival, The 2013 Space City Sonic Array at Spring Street Studios produced by Charlie Naked, a Dia de los Muertos improv with Nameless Sound at MECA, Creeping Beauty with Adam Vincent Clay, two consecutive years performing at the White Linen Night in the Heights arts festival including Terry Riley's "In C" with the Houston New Arts Movement in 2012 and a solo set for Binarium in 2011. She also performed an electroacoustic set for Binarium at 14 Pews, a noise show at Vinal Edge, a fundraiser set at Boheme, an acoustic improv with guitarist Denis Cisneros at Avantgarden, and her debut harp solo performance at Taft Street Coffee in 2010.

Kathryn also recorded an improv set on KTRU radio for Pete Gershon with Damon Smith and Rebecca Novak. Joe B from Rebel Crew Radio at Francisco Studios has recorded some harp tracks for his Sweet Spot LP.

She has performed harp for weddings, parties and for Midnight Mass at the Co-Cathedral of the Sacred Heart (CCSH) in Houston under the musical direction of Crista Miller. Kathryn is a former member of the CCSH's loft choir singing high mass, Gregorian chant and classical motets. Her first solo soprano prelude was sung at the CCSH in 2014.